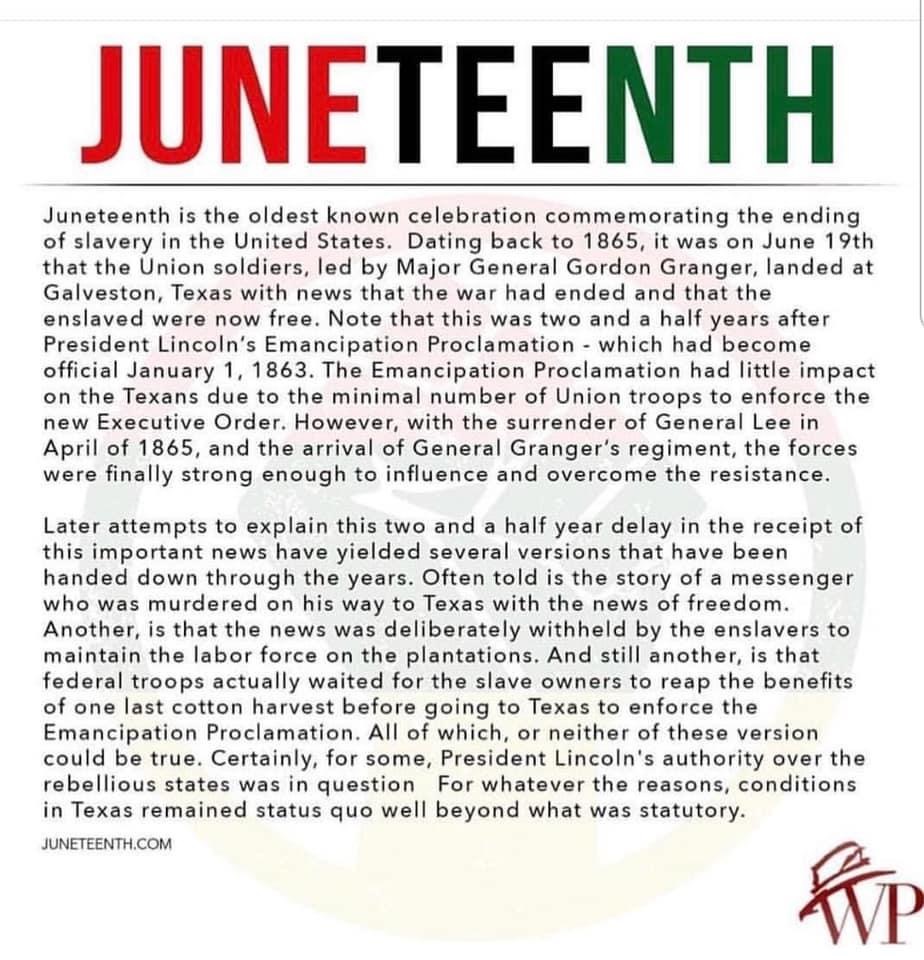 Although America gained it's independence in 1776, most if not all African Americans were still slaves. It wasn't until 87 YEARS later, that Abraham Lincoln signed the Emancipation Proclamation, freeing the slaves. However, it wasn't until about 2 years later that many slaves in states (Texas especially) finally heard the news that they were free. Take this time today to celebrate Juneteenth and celebrate the freedom of our black brothers and sisters. Happy Juneteenth!

Take a moment to sign this petition to make Juneteenth a National Holiday:

Out of the office!