This post will briefly discuss the recent protests sparked by the murder of George Floyd by Minneapolis Police. 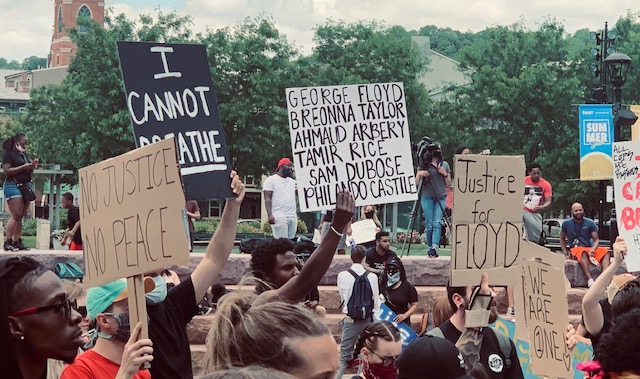 George Floyd was brutally murdered by Minneapolis police officer Derek Chauvin on Monday, May 25, 2020, but this is not the first we've seen of police brutality. The United States has had a long history of police brutality. Unfortunately, George is one of the many deaths due to police brutality this year. Breonna Taylor is also among the seemingly growing list of names that civilians are chanting at the protests. Not only were they senselessly murdered, neither of their killers have been convicted, and Americans are fed up! This is said to be the largest Civil Rights movement to date. Citizens from all 50 states are out protesting these injustices!

“When justice prevails, peace prevails. Teargas and billy clubs won't bring peace. Charge the other three officers, end police brutality and white supremacy, stop systemic racism, treat everyone as equal etc. Only that will bring peace. Until then, we march on.”

Now that we have this momentum, you may ask, "What can you further do to help"? You can donate! Protest! Sign petitions! Use your voice! Educate your family and friends! Vote! Support Black and Locally Owned Businesses!